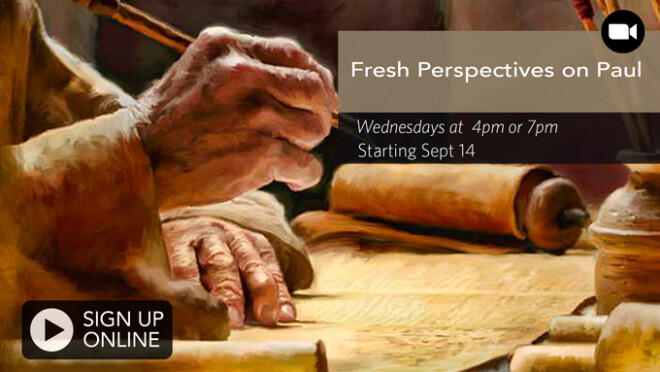 Paul, also sometimes referred to by his Jewish name Saul, is credited with writing 13 of the books contained in the New Testament. Much of the book of Acts, written by Luke, is dedicated to the story of how Paul helped spread Christianity throughout the Roman Empire. Paul gets more ink in the New Testament than anybody except Jesus. Yet, Paul has sometimes been misunderstood because Western Christians didn’t properly understand the culture and context of First Century Judaism. In this seven (7) week series we will explore both (1) how Paul’s thought was shaped by First Century Judaism and the conflicts with the ideology of the Roman Empire, and (2) how Paul rethought, reworked, and reimagined concepts from Judaism through the lens of Jesus, the Messiah, and the Holy Spirit.